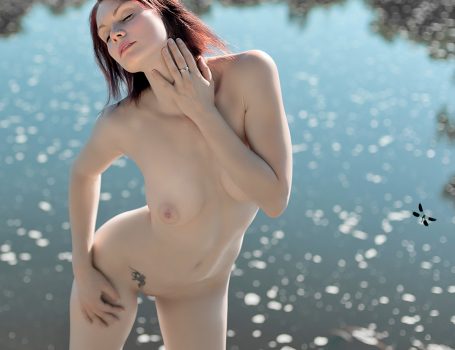 MS 24C is one of the two models of this shooting. She was born in 1958 and is still exceptionally well preserved. I acquired her for lousy 50 bucks from my former neighbor in Northern Germany who had hidden her for decades in his barn.

For this shooting I loaded pretty MS 24C into the back of my black Passat Variant. On the way to the studio downtown suddenly I was stopped by the police. I had to get out of the car, had to raise up my hands and to open the trunk. Immediately the policemen looked into the car boot – and broke out into wild laughter. On the way I had been reported by a bus driver who stopped at a red light just behind me. Lost in thought the bus driver looked down through his windshield … directly into my car boot and was instantly terribly frightened:  When he caught sight of Miss 24C’s naked long legs, he thought he had discovered – a female cadaver!!

But for now please enjoy the story of still alive and kicking MS 24C.

Very much love thanks to each of my two enchanting models 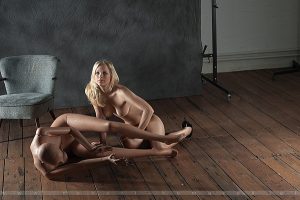