(…) For a long time he had learned to understand the feminine beauty as a constant and treacherous source of monstrous disasters. He had tried to guard. But in vain. The black, cool metal of his camera was magnetic to young goddesses; just these delicious, fragrant, sweet creatures who never got enough: thus insuring themselves by everlasting new photos of their divinity; Narcissism in blonde and black and very blonde – no matter. They all sensed how fabulously his finger on the trigger was actually magnifying their grace, and they all were mad on that distinguished rank of immortality, even if it was true that it would last only to the next corner. At the age of 17 or 18 even real beauties already had their fear of getting old secretly on their neck.

Tanner knew it, and he knew about his photographic eye, too, which even made explicitly ugly ones complacent, and he got involved in all kinds of things.

In the end he wore the reputation of the last bohemian of his high school, and he did not know whether with pride or disgrace. His art threatened to grow on his head, and the number of entangled relationships had become legion. So he turned away from the subject of female beauty, possibly even with a certain consistency, took the job at Reuter’s and devoted himself to more current topics. As he believed. (…) 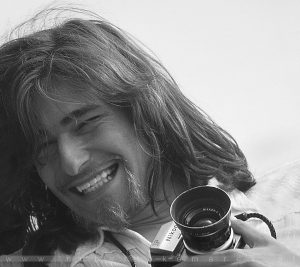 Move to Carinthia, back home to Austria

Completely new design by facelifting, reorganisation and remastering of my homepage www.robert-komarek.at

Lots of brand new stories and features to explore.

Numerous shootings in Carinthia and Vienna with models from Czech Republic, Switzerland, Russia and Austria.

Because of COVID19 restrictions I had to suspend all planned shootings except one already in January.

On June 29th for the first time I reached the 1st place on 500px.com with STILL TALKING in category NUDES; 2nd place on August 16th with CHILD OF GOLD on 500px.com as well.

PURE reached the 1st place on 500px.com in category NUDES on January 4th.

COUTURE reached the 2nd place on 500px.com in category NUDES on June 14th.

AFTER TALKING as well reached the 2nd place on 500px.com in category NUDES on December 26th.

In February 2022, the Swedish photography platform 1x.com awarded me the designation “Awarded Photographer”. Thank you very much! 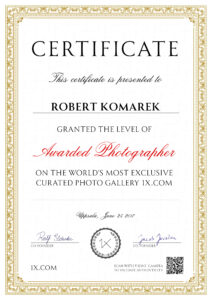