Just Walk On By 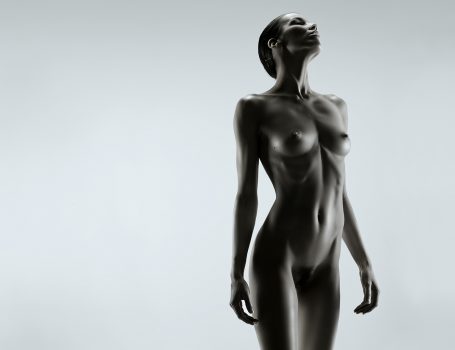 of the 19th century, the diseases of pulmonary tuberculosis increased dramatically in the German Reich. Therefore, in 1896, the lung sanatorium Grabowsee was built in Oranienburg, about 30 kilometers north of Berlin. Until the 1930s, it was possible to treat 420 patients here, situated on a magic lakeshore, in the middle of 34 hectares of forest. But by discovering antibiotics long hospital stays became obsolete soon.

After the end of the Second World War, the huge area was used until 1995 by the Red Army as a Soviet military hospital. By now, most of the buildings are devastated in ruins and haunted by vandals and metal thieves. Since 2005, the association Kids Globe e.V. has campaigned for a revitalization and subsequent use as an international educational institution for young people. The current owner is a Berlin businessman. The cost of a restoration was estimated at 50 million euros.

In 2013 the movie The Monuments Men by George Clooney partly was filmed here – with the dancer “Luna36”, who you can now see here as an incomparably fabulous stilt walker and beautiful model. Special thanks to her and her incredible art!